We cannot expect capitalists to manage a pandemic

It is unrealistic to expect capitalists to manage any social crisis. Their goal is to accumulate capital, which they do exceptionally well, as evidenced by their enormous wealth in a world where billions struggle to survive.

Capitalists are highly skilled at sustaining their rule. They prioritize military spending in order to defend and expand their wealth. They invest in politicians, scientists, journalists, authors, psychologists, and other ‘experts’ to promote their views and enforce their rules. They excel at finding ways to profit from disaster.

When it comes to protecting human beings, capitalists are absolutely abysmal. They have to be:

Extracting capital from human labor creates massive social and environmental harm. Capitalists cannot reduce this harm without lowering their profits and becoming less competitive. Whether or not they care about the damage they cause, they accept it as ‘the cost of doing business.’

Capitalists will invest in social supports, but only to the minimum necessary to sustain a profit-producing labor force. Whenever possible, they strive to cut costs by shifting responsibility for social care to individual families and charities.

The results are entirely predictable; capitalists have a 100 percent success rate for creating social problems and a 100 percent failure rate for solving them.

The problem is not only that capitalists fail to meet human needs. That has been clear for centuries. The deeper problem is that the rest of us expect them to behave differently and are surprised and dismayed when they don’t.

We keep banging our heads against their wall, wanting capitalists to do what they cannot do and be who they cannot be. We point out their errors. We devise better policies for them to enact. We scold them when they fail to do what is needed. We expect them to behave, not as capitalists, but as the benevolent parent-guardians we crave. This is unrealistic.

It’s true; some capitalists are digging deep into their petty cash to counter the pandemic.

Jeff Bezos donated $100 million for food banks (less than 0.1 percent of his fortune). Bill Gates is funding research to develop a potentially profitable vaccine. Jack Ma, the richest person in China, pledged $14.5 million of his $44 billion fortune. The world’s richest family, the Waltons, donated $25 million of their $191 billion fortune. This is pure public relations.

The taxes that capitalists avoid paying would be more than enough to fund robust public health systems that could manage crises and prevent the spread of infection. Instead, they do the opposite:

OXFAM called on wealthy countries to fund a global economic rescue package, including canceling trillions of dollars in debt payments to help poor countries contain the pandemic. The US not only refused to participate, President Trump stopped funding the World Health Organization.

Capitalists are not concerned about poor people dying in their own nation or anywhere else. On the contrary, they welcome a reduction in what they consider the ‘surplus population’ (those who cannot be profitably employed) and whose needs they treat as a ‘drain on the public purse.’ This is why people trapped in nursing homes, jails, psychiatric facilities, and immigrant and refugee detention are left to die of disease.

Because profits are their lifeblood, capitalists must prioritize profit-taking even over the need to protect the workers who produce those profits. This is why medical staff are warned not to complain about systemic failures that put them and their patients at risk, why workers who try to protect their coworkers are fired, and why millions of essential workers are denied the legal right to a safe workplace. That is why people go hungry, while mountains of food are destroyed, and why the COVID-19 death count is deliberately minimized to justify resuming production as quickly as possible.

Why are we shocked? To stay in business, capitalists must prioritize their own interests, even when it means throwing humanity under the bus. Their refusal to stop extracting fossil fuels or abandon nuclear weapons proves this.

Are we problems or problem-solvers?

To the capitalist class, ordinary people are problems: they want more pay; they want social supports; they want equality; they question the rules; they make demands; they demonstrate and strike; they are troublemakers.

Capitalists claim the right to be society’s only problem-solvers. However, they care to solve only one problem – how to accumulate more capital than their competitors.

Capitalists cannot allow workers to solve social problems because they might begin to question why they need a ruling class at all. And yet, the inability of capitalism to meet people’s needs forces workers to solve many problems, every day, in order to survive.

This crisis has revealed who are society’s real problem-solvers, not self-serving capitalist free-loaders, but the legion of workers whose labor is essential to sustain life.

Unlike capitalists, workers have the motivation, skills, and ability to cooperate that would make it possible to end war, inequality, poverty, pandemics, environmental pollution, and climate change. They could do what is necessary, without regard for profit.

There is only one way to get ahead of this pandemic: apply the three pillars of infectious disease control – test/trace/isolate. All three must be employed to break the chain of transmission.

The capitalist class refuse to mount such a response, nor will they allow the working class to do so. Unless this changes, there will be more unnecessary deaths, over a longer period of time, with even greater economic disruption.

We defer to the capitalist class only because we lack confidence in ourselves and each other to manage society without them. The result is mass suffering.

Never have an oppressed majority been more patient with their oppressors! They impose on us the harshest cruelties and deprivations, yet we forgive them again and again. When is enough, enough?

It’s time to put away our childish fantasies of how things should be, and face how they actually are. It’s time for us to grow up and take collective control of our lives.

Workers are experienced problem-solvers, and the most pressing problem we must solve is how to free ourselves from capitalist rule.

Capitalists cannot save us from this pandemic or any other crisis. We need to escort them to the exit and do the job ourselves. 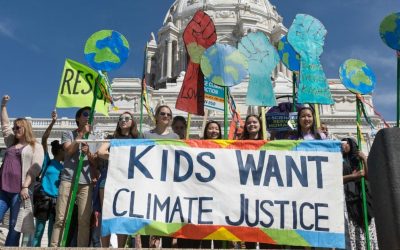 COP25 proves they cannot save us

The climate crisis has exposed the global capitalist class as a class who cannot change course and must be removed from power.

END_OF_DOCUMENT_TOKEN_TO_BE_REPLACED

Philanthropy: The Capitalist Art of Deception

Since the 19th century, the capitalist class have used philanthropy to shape society in their own interests.

END_OF_DOCUMENT_TOKEN_TO_BE_REPLACED

How Inequality is Killing Us

“The Spirit Level: Why Greater Equality Makes Societies Stronger” proves that inequality is the primary determinant of human health.

Thank you for subscribing!

I will be in touch with you shortly.